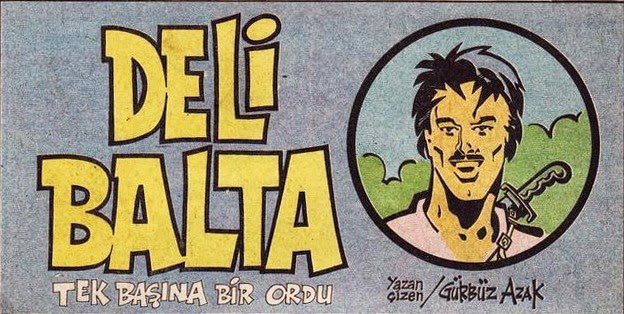 Deli Balta, a.k.a. Wild Axe, is considered to be the first of the influential, popular comic series in Turkey. Written and illustrated by Gürbüz Azak in 1983, this comic is about the stories of a mythical Ottoman hero, Wild Axe, who is fighting harshly with many brutal and faceless enemies, so as to bring justice and goodness to where he goes. His adventures take place at many parts of the world such as Anatolia, India, Middle East, and Ottoman Europe along with fictional Europe countries as Frengistan (Frenks’ territory). Also, he travels and fights at inaccessible seas, mountains and valleys. The most common ruthless enemies of Wild Axe are known as “Kazıklı Voyvoda”, a.k.a. Ruthless Voivode, 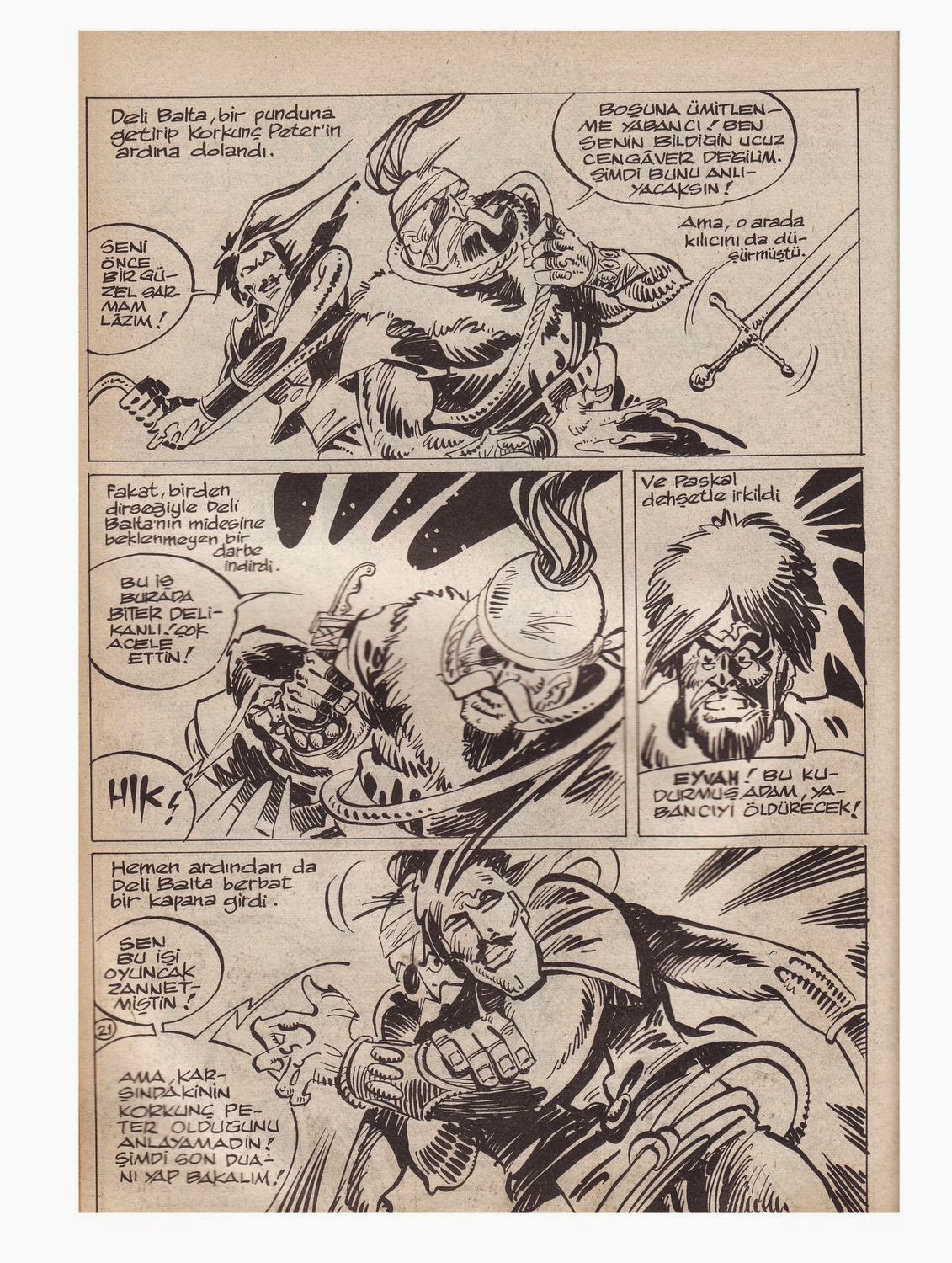